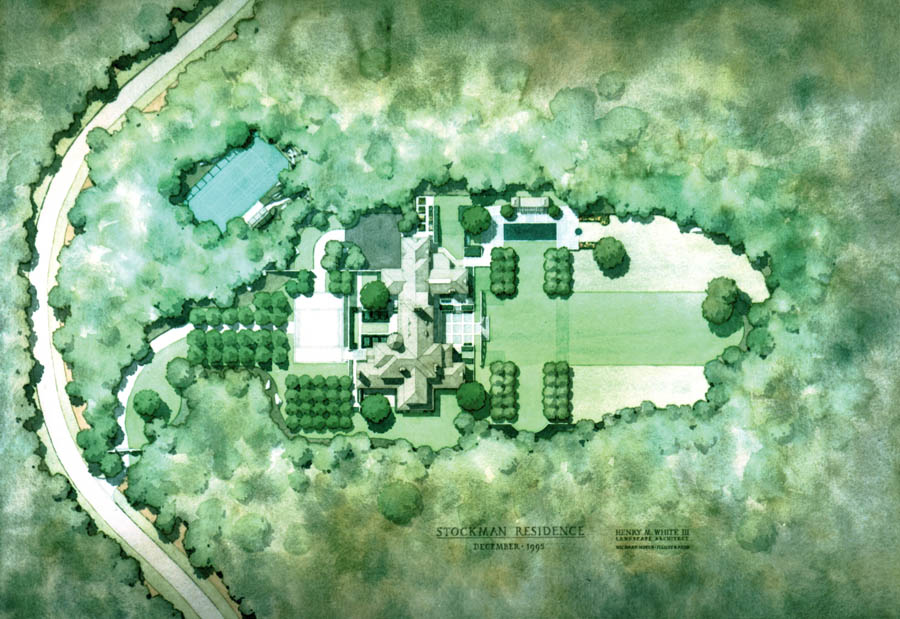 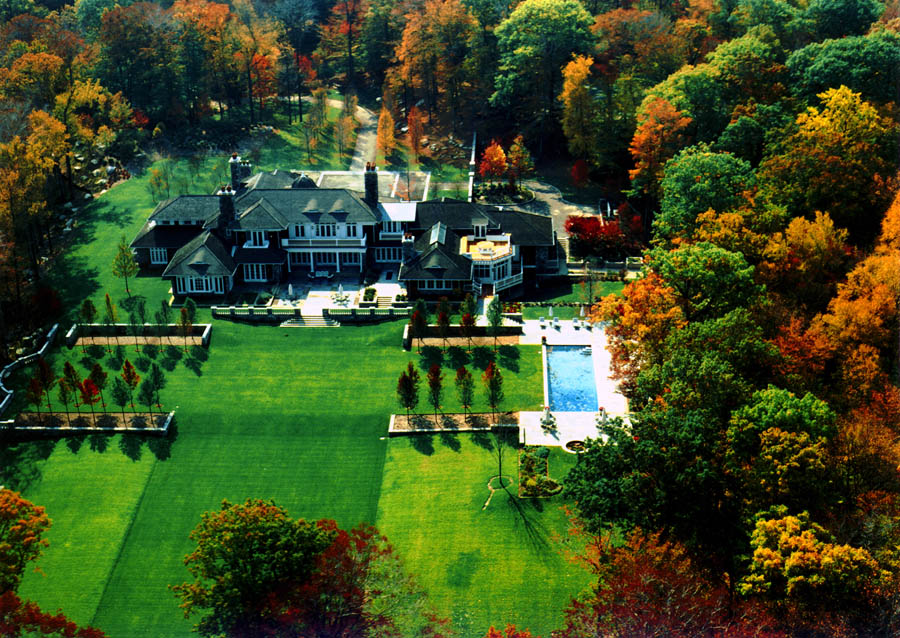 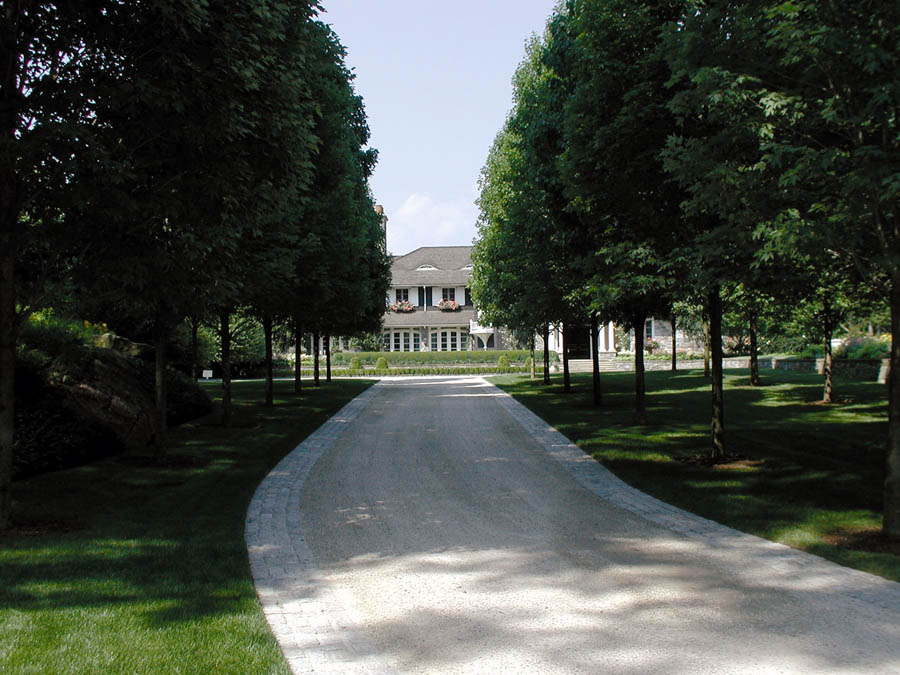 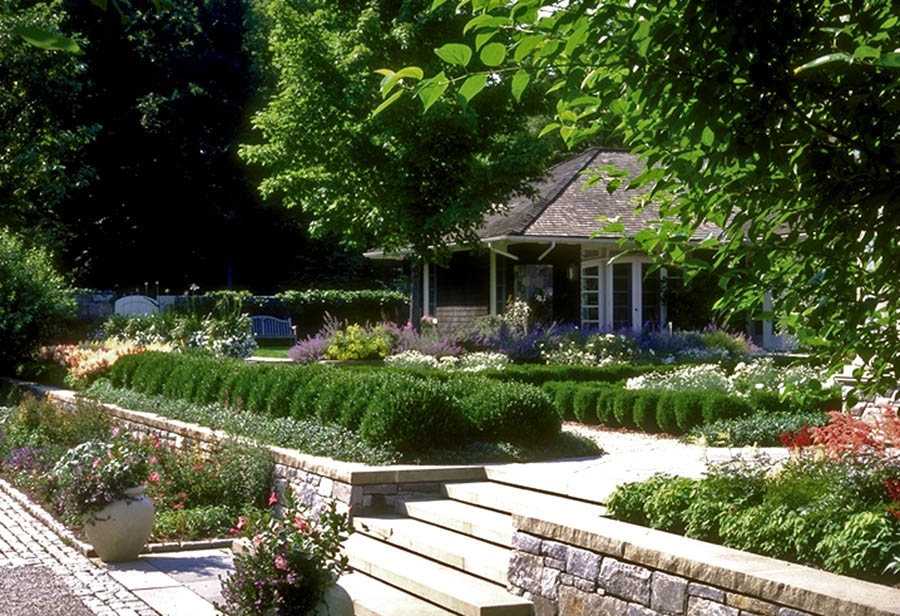 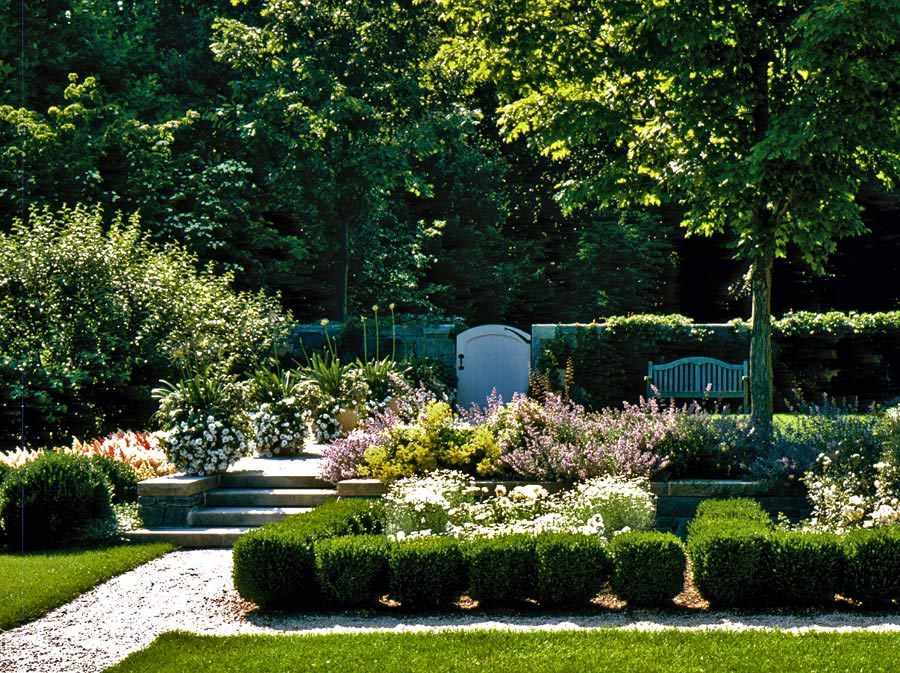 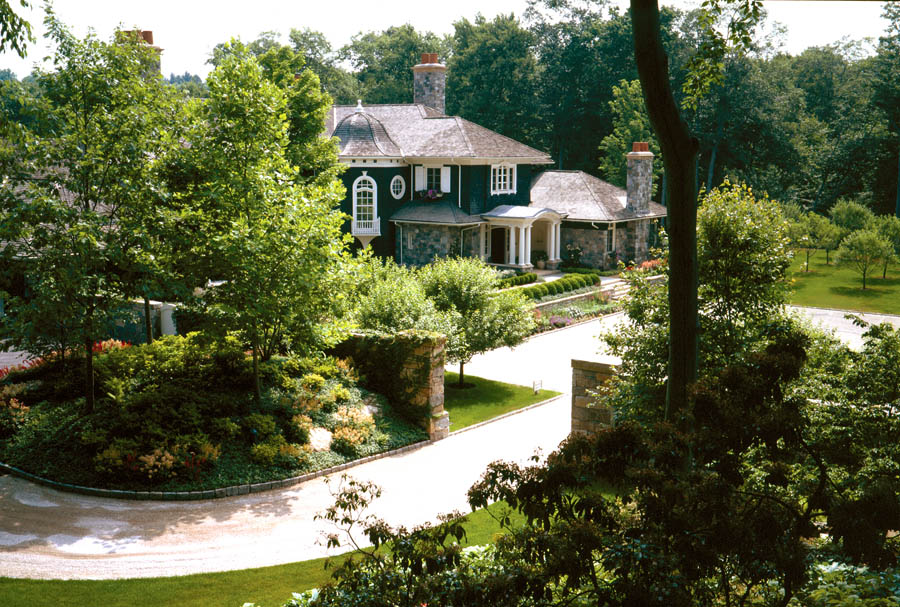 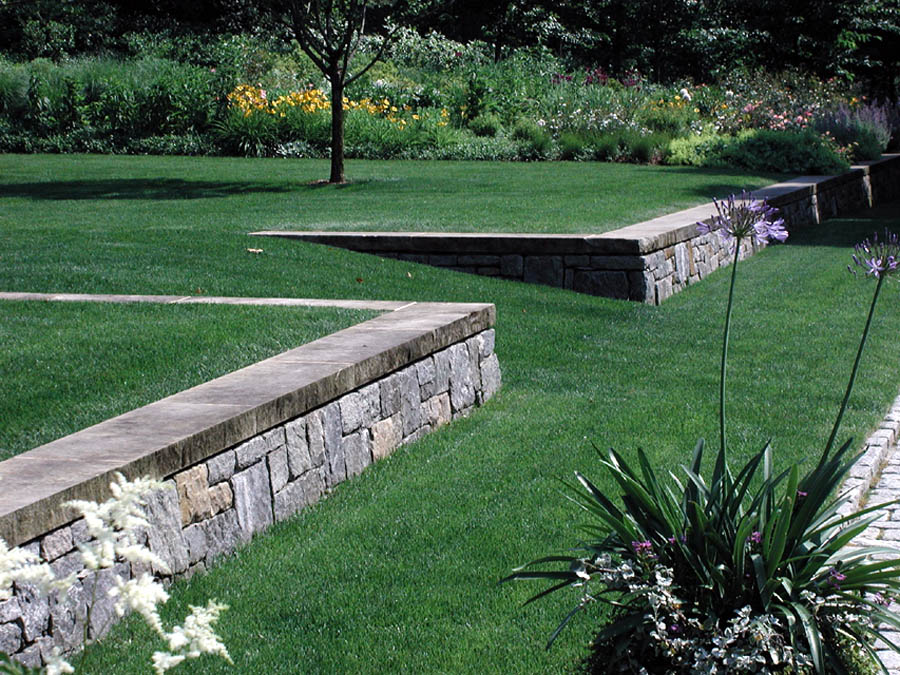 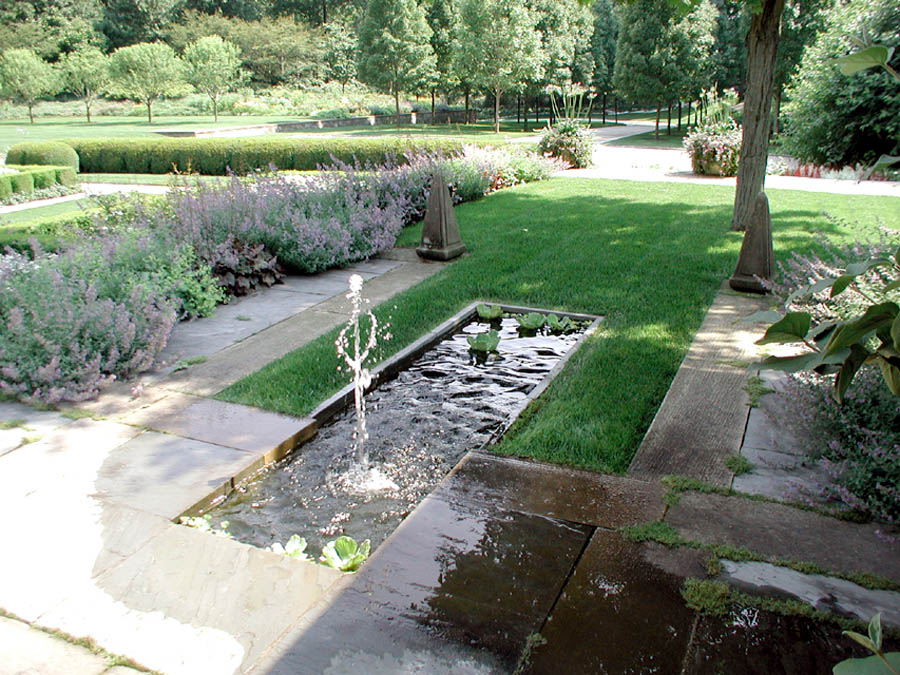 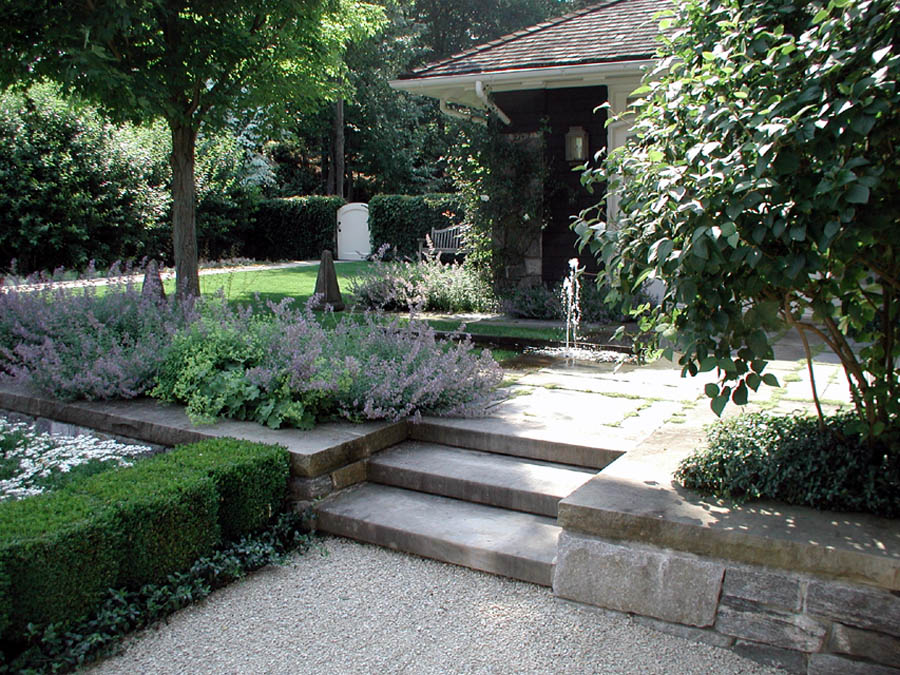 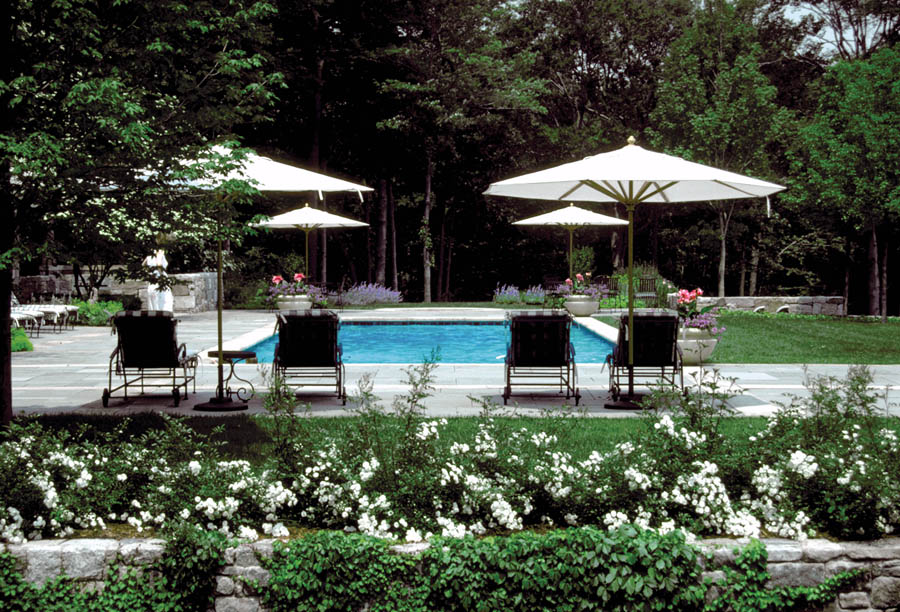 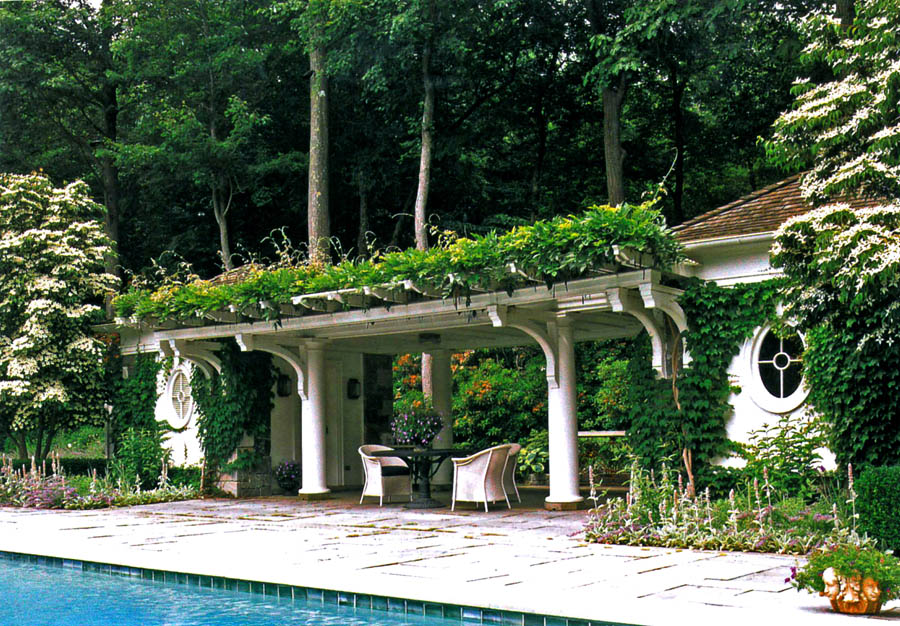 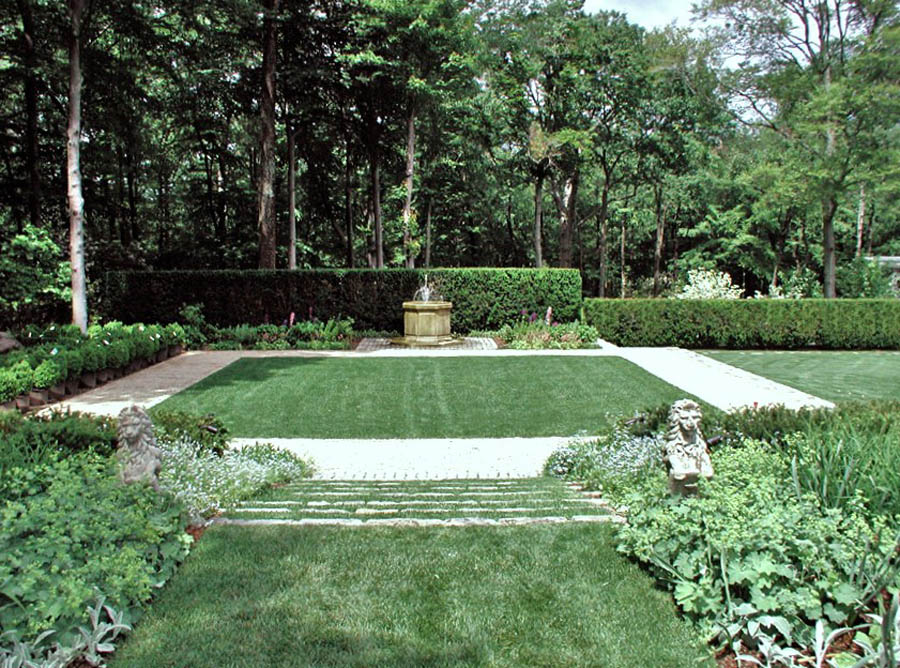 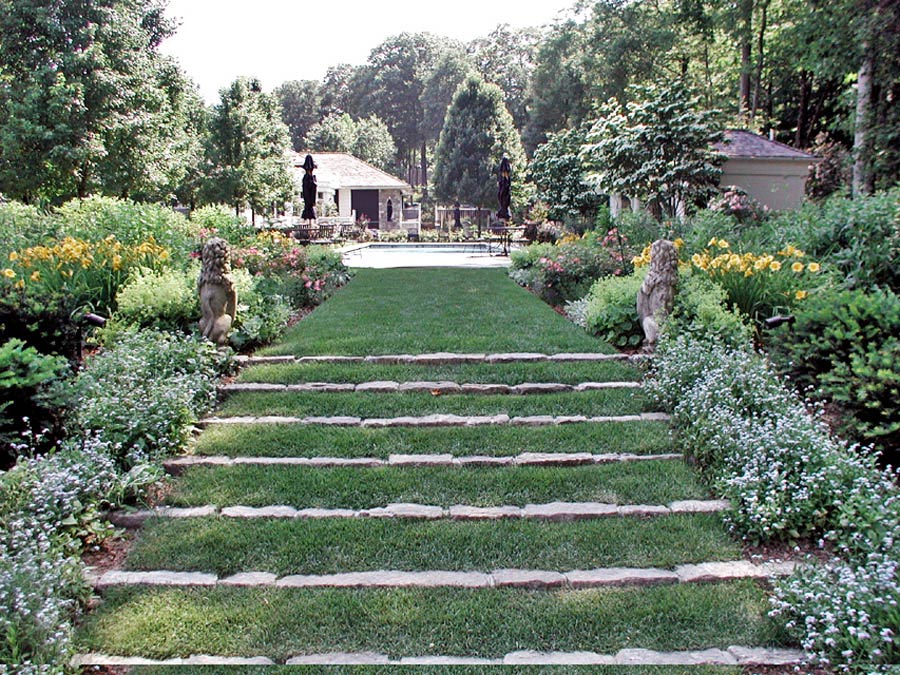 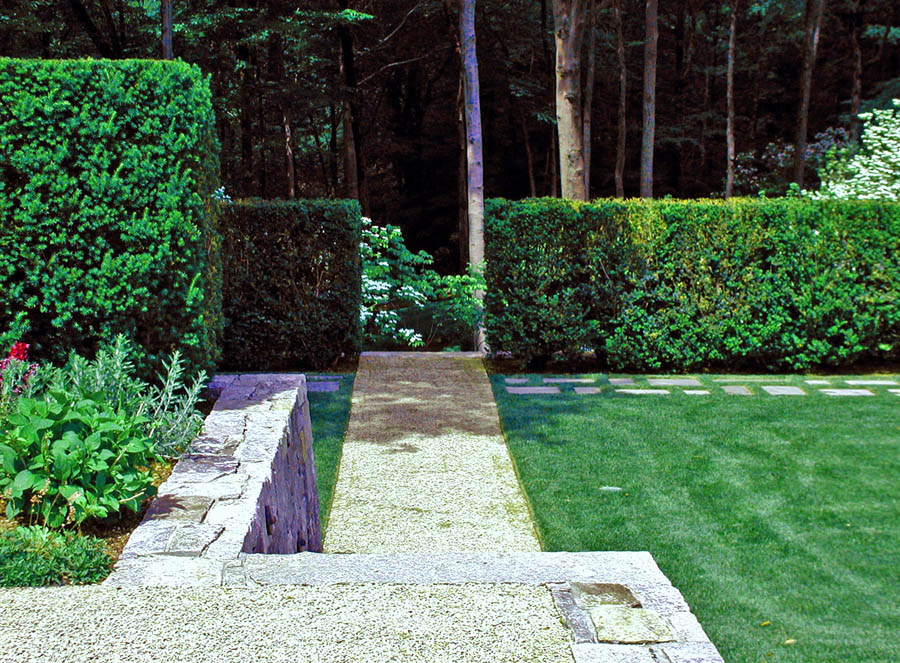 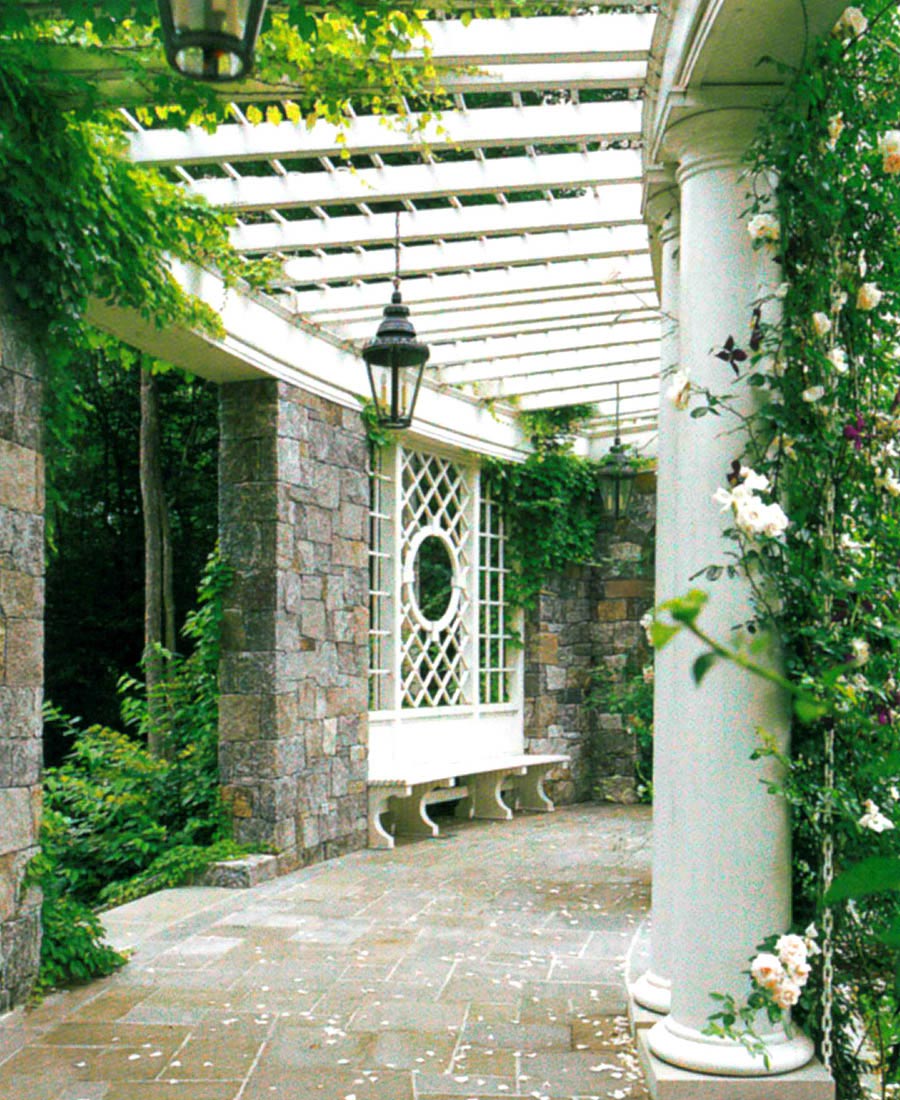 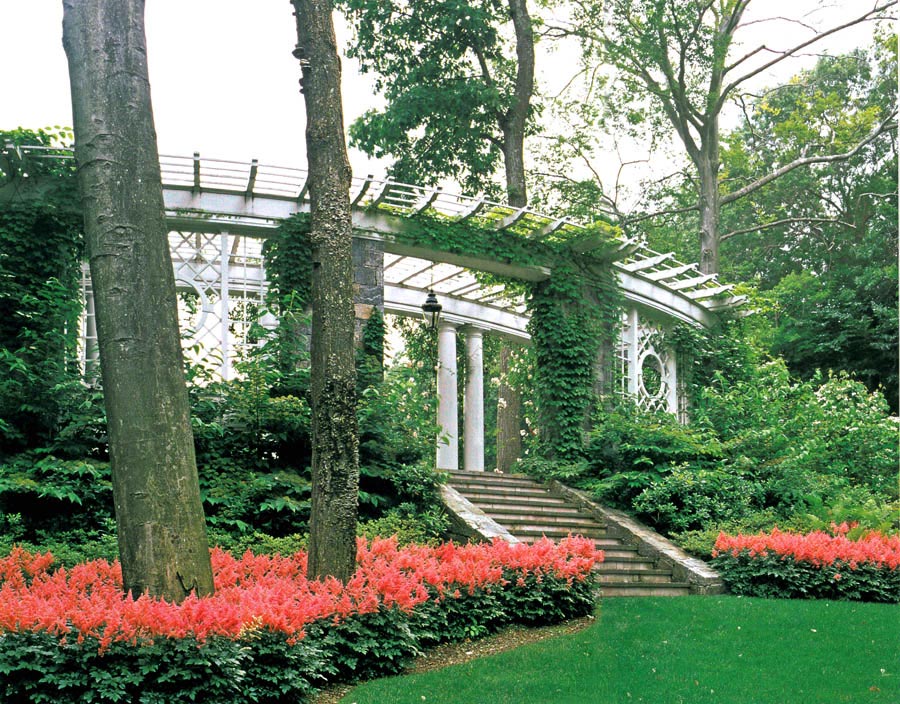 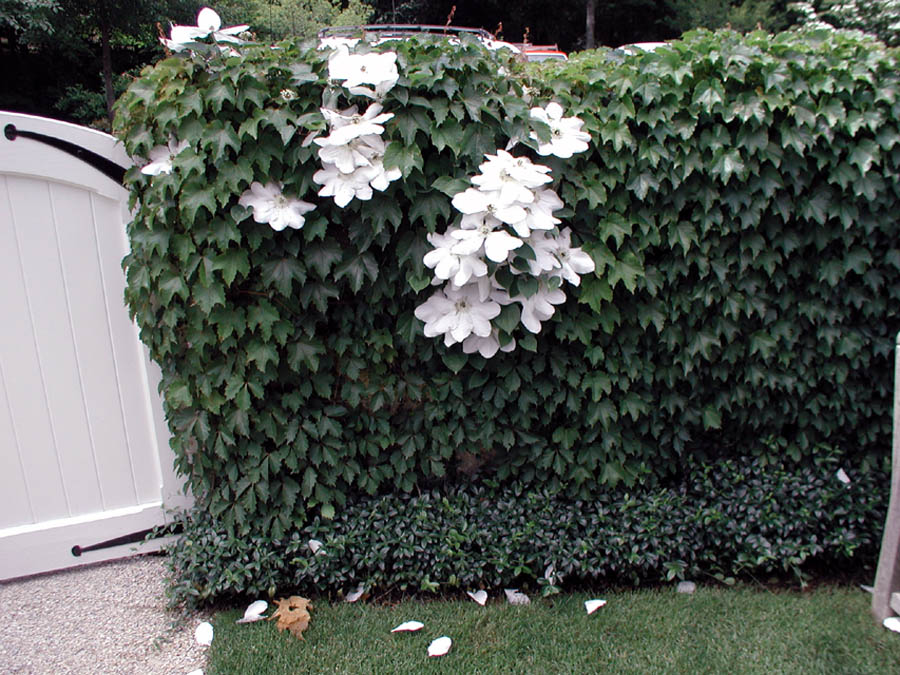 At the project’s inception, HMWhite inherited an uninformed site clearance by a previous owner’s unfinished building construction, with a landscape wound appearing beyond surgical repair. Set within an old growth American Beech and Oak woodland, the design directive set out to recapture the inherent beauty of this native landscape and regenerate the site’s ecologic richness and performance. The extent of the woodland clear-cut presented a design opportunity. By superimposing the building’s architectural axial organization onto the open landscape context, meaning and reason was given to the structure’s siting. A garden architectural armature was introduced as transitional building extensions that reached out into the woodland and open field expanse, further anchoring the building to its landscape setting. Garden rooms and landscape features were spatially organized within a hierarchical order of the axial principles. Within the large woodland scar, orthogonal arrangements of landscape typologies – bosques, allees, orchards and lawn parterres – defined a new landscape framework that embodied its own critical mass and scale to measure up to the dominant surrounding old growth forest. The effective fusion of the old joining the new created an instantaneous timeless landscape design composition.