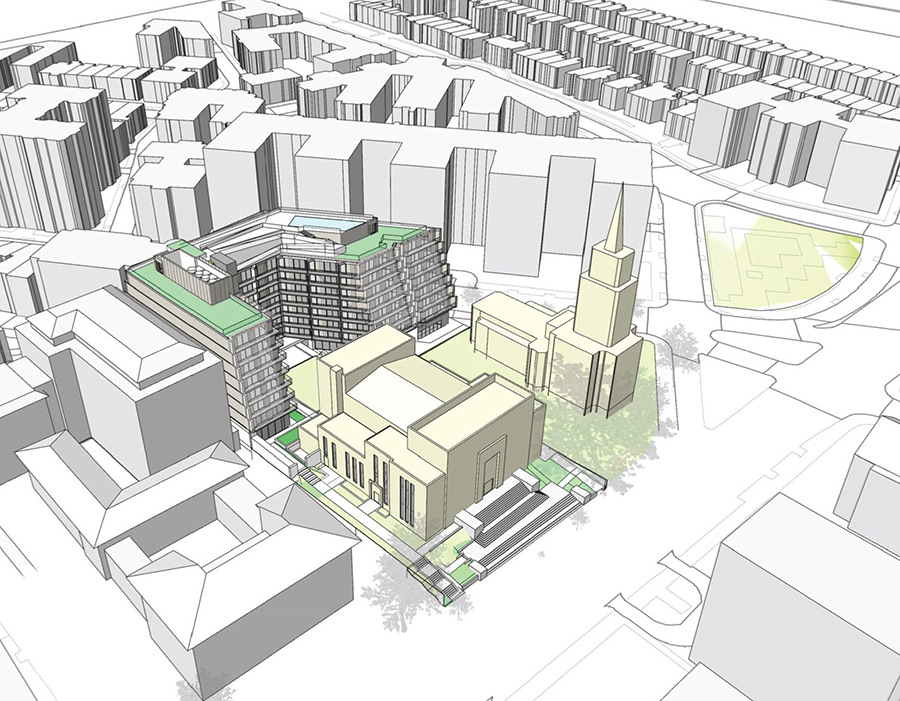 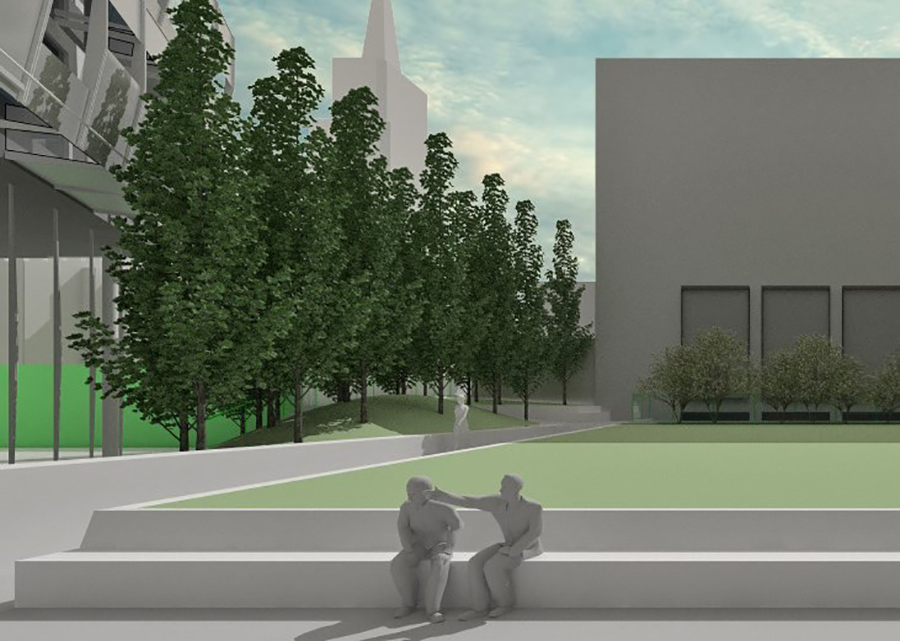 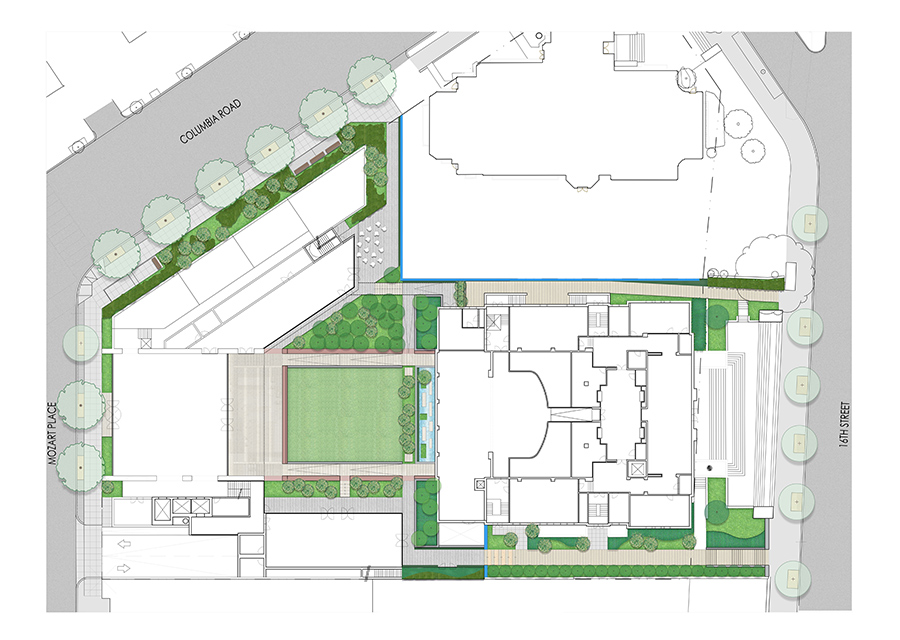 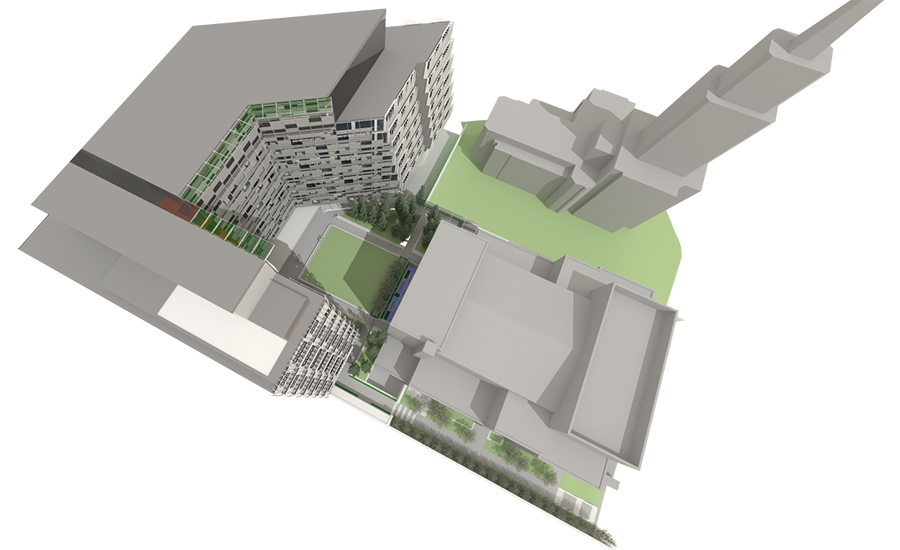 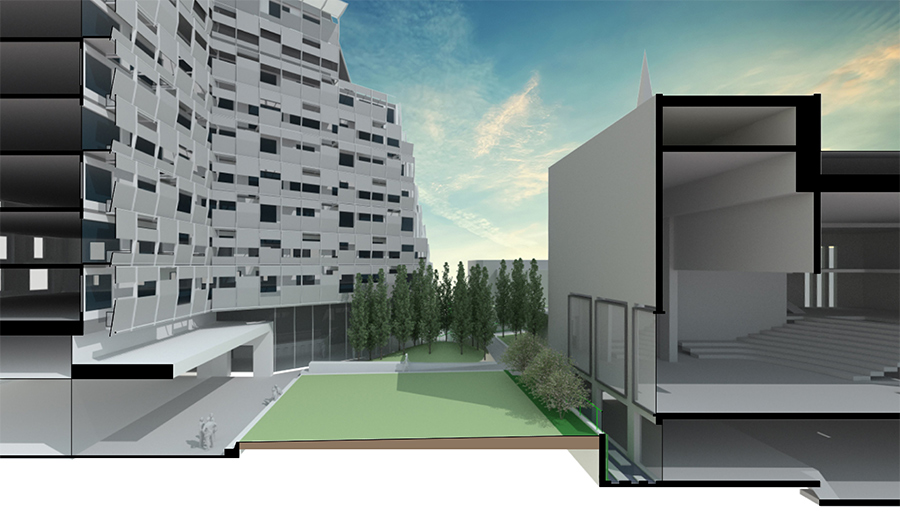 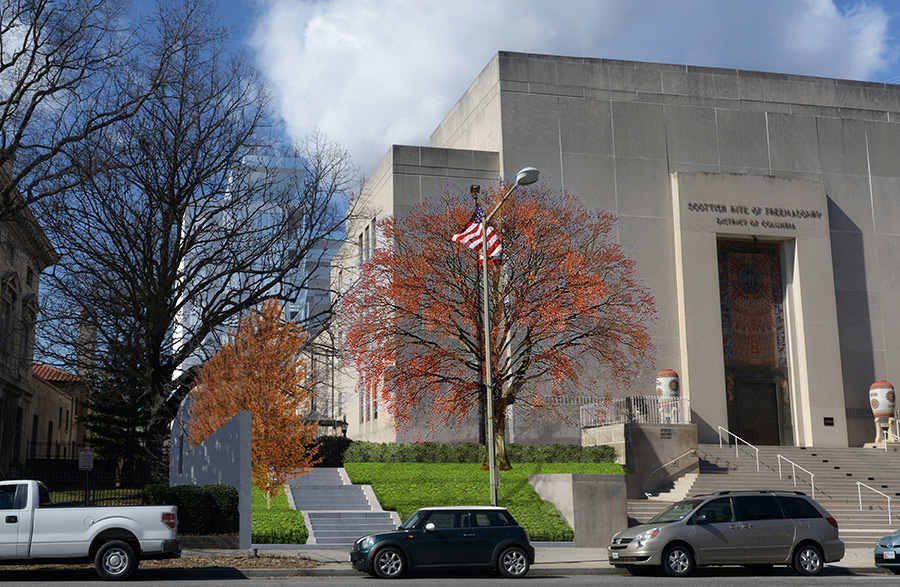 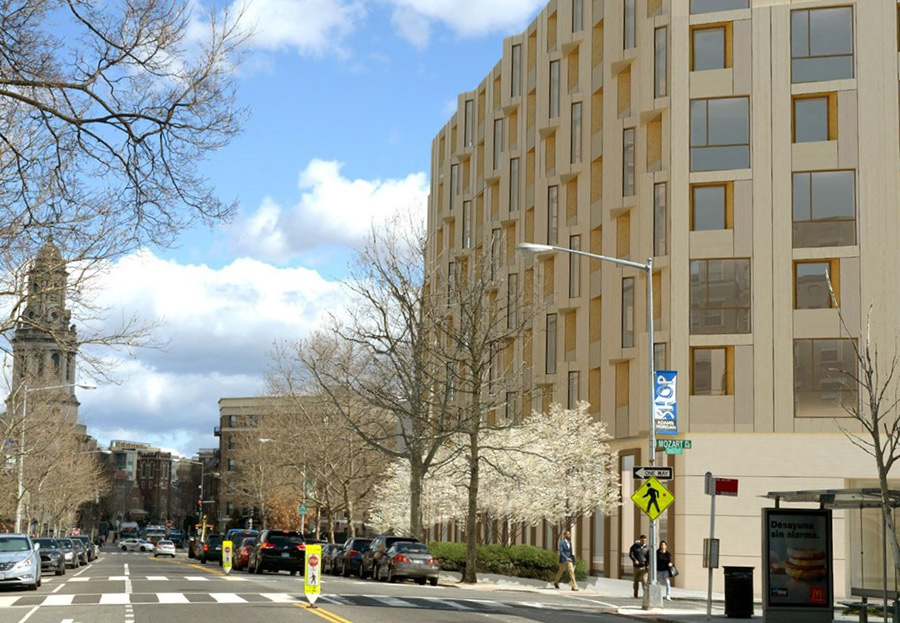 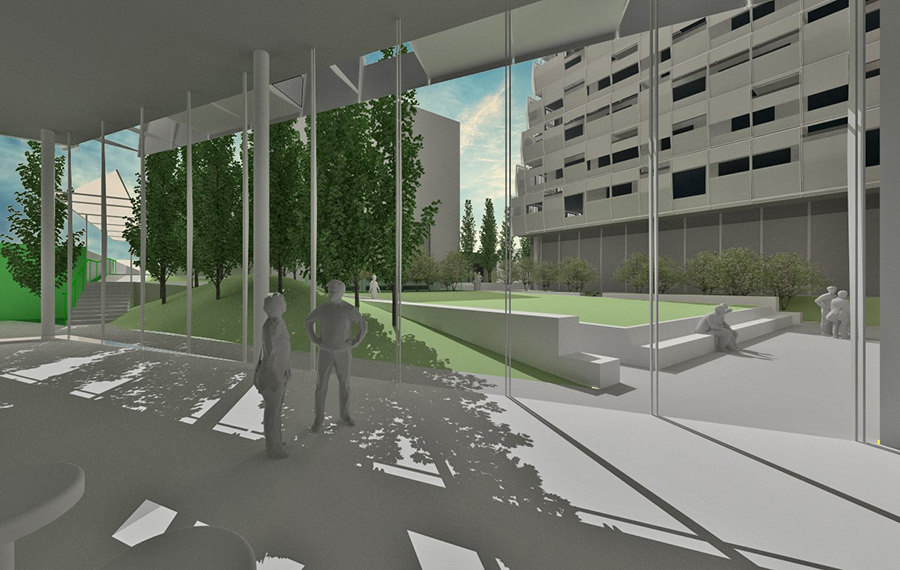 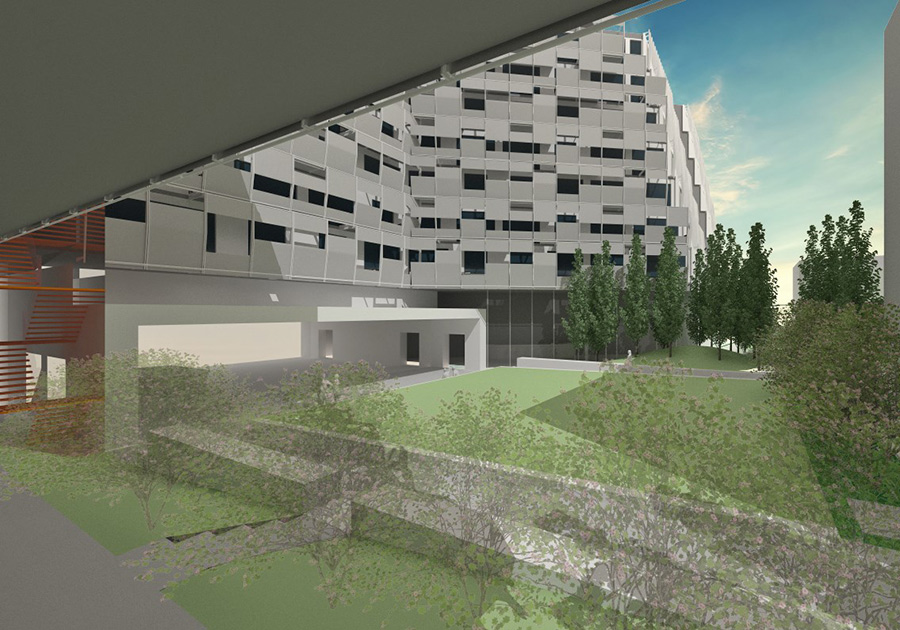 Working closely with the project team, HMWhite developed a number of public open space designs to support an evolving building program and architectural design. The evaluation of each development option was weighed heavily with the success and merits of its contextual appropriateness amalgamating in public and private open space considerations. HMWhite helped establish design principles which guided each development program and resultant architectural response. The high efficiency in project approvals from the community and leading city officials was facilitated by the successful interface with the public design.

A central landscape “commons” emerged as the organizing element that integrates the project’s urban context of “new” and historic “old.”  Viewed as an extension of the neighborhood by the building’s residents and the Scottish Rite congregation, this destination, semi- public civic space serves as a micro “village green.”  The open lawn is strategically centered on the Temple’s historic rear façade, on one end, and the building’s generous and transparent lobby on the other. Each landscape design move has been devised to reinforce the neighborhood’s residential scale which ultimately draws attention to project’s image building central common’s landscape.